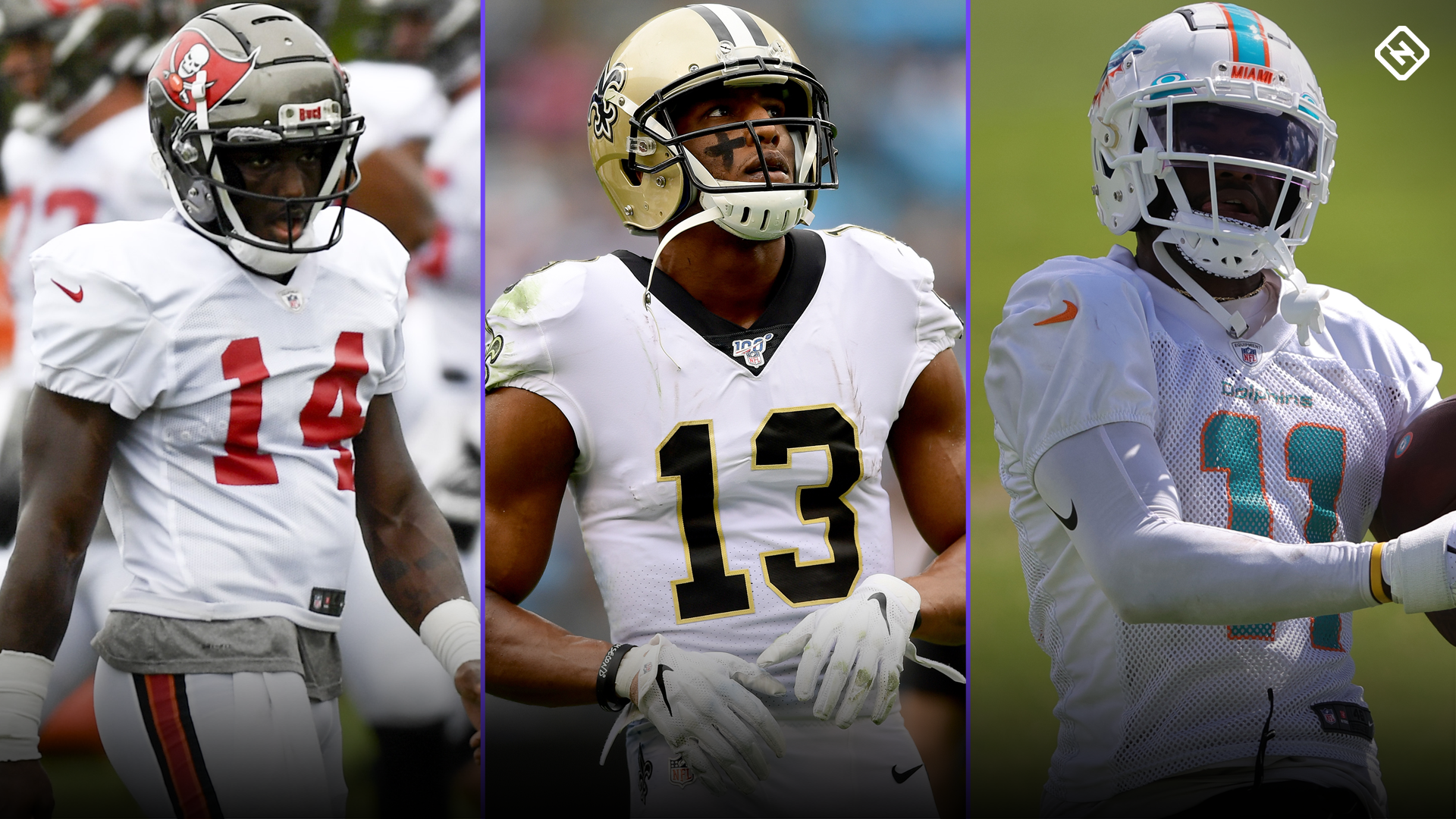 The opening week is mostly in the books, and at this point, there are only a few notable wide receiver injuries that fantasy football owners will have to worry about. A couple of players drafted as WR1s, Michael Thomas and Chris Godwin, suffered late-game injuries in the Buccaneers-Saints matchup, so owners will want to know what their prognoses are moving forward. Additionally, DeVante Parker suffered a soft-tissue injury, and as always, those tend to linger. Their statuses will need to be monitored before owners put in waiver claims and make start ’em, sit ’em decisions based on Week 2 fantasy rankings.

For injury updates on banged-up RBs and TEs, such as Marlon Mack, Le’Veon Bell, and George Kittle, click here. For all the latest fantasy injury news and updates, check back here and on Twitter @SN_Fantasy.

Godwin emerged as the favorite target of Tom Brady during his first game with the Buccaneers, but late in the game, he suffered an apparent head injury. Fortunately, he was able to leave the field under his own power, but as we know with head injuries, his progress the next few days will tell us more.

If Godwin has to miss time, Scotty Miller would be the next man up in the receiving corps. The speedy second-year player racked up six targets for five catches and 73 yards against the Saints, all good for second best on the team. If he’s the true No. 2 option behind Mike Evans, he could work his way into WR3 territory in a good matchup with the Carolina Panthers.

Tight end O.J. Howard also would figure to see more work. He caught a passing TD from Brady and was targeted six times, making him the No. 1 tight end on the offense ahead of Rob Gronkowski (three targets). Howard is definitely worth scooping up on waivers even if Godwin is healthy, but if he’s out, his ceiling is higher.

UPDATE: Thomas reportedly suffered a “high-ankle sprain,” which typically takes several weeks to heal. Thomas has staed he believes he can play through the injury. It’s unclear if Thomas will miss time or be significantly affected by the injury, but it wouldn’t be a shock if he misses at least a game or two. Emmanuel Sanders and Jared Cook figure to get more targets, and Tre’Quan Smith becomes a viable waiver pickup.

The first game of the NFL season wasn’t kind to Thomas. He caught just three passes for 17 yards, and late in the fourth quarter, he suffered an apparent ankle injury. The Saints were already up big when a teammate rolled into his ankle. Thomas was able to pull his foot out before his teammate hit the ground in full, but he still got a bit banged up.

According to Pro Football Talk’s Mike Florio, Thomas “was walking fine in the locker room after the win, but he hadn’t let the trainers look at it.” That’s obviously a good sign, but he’ll still need to be monitored and the Saints will pull out every stop to ensure that their star receiver doesn’t have an injury that will impact him long-term.

Emmanuel Sanders would become New Orleans’ No. 1 receiver if Thomas has to miss time. Tre’Quan Smith would have some fantasy value too, but in all likelihood, more targets would be funneled to the likes of Alvin Kamara, Jared Cook, and Taysom Hill instead of Smith. That trio would get an uptick in production and Hill would become the ultimate boom-or-bust streamer because of his ability to play quarterback in certain packages.

After starting off his day against the Patriots with four catches for 47 yards, DeVante Parker suffered a hamstring injury that left him questionable for the rest of the game. The Dolphins receiver didn’t return to action, and according to ESPN’s Cameron Wolfe, the Dolphins will “likely be without Parker for a bit.”

There’s no timetable yet for Parker’s return, but given that hamstring injuries can linger, fantasy owners have to be ready with a backup plan in his absence.

With Parker sidelined, Preston Williams will become the top target for Ryan Fitzpatrick in the Miami offense. That might not help him much in a brutal matchup against the Bills’ vaunted secondary and Tre’Davious White, but he should still get the volume to be a WR3. Meanwhile, Mike Gesicki should see more targets at tight end after finishing second on the team with five targets Sunday afternoon.

Isaiah Ford and Jakeem Grant will also have some flex appeal, but since both had four targets and 25 yards or fewer on Sunday, it’s hard to know which one of them to trust at this point. Keep an eye on them and feel free to grab one off the waiver wire in deeper leagues, but they’re probably not starter material against the Bills in Week 2.