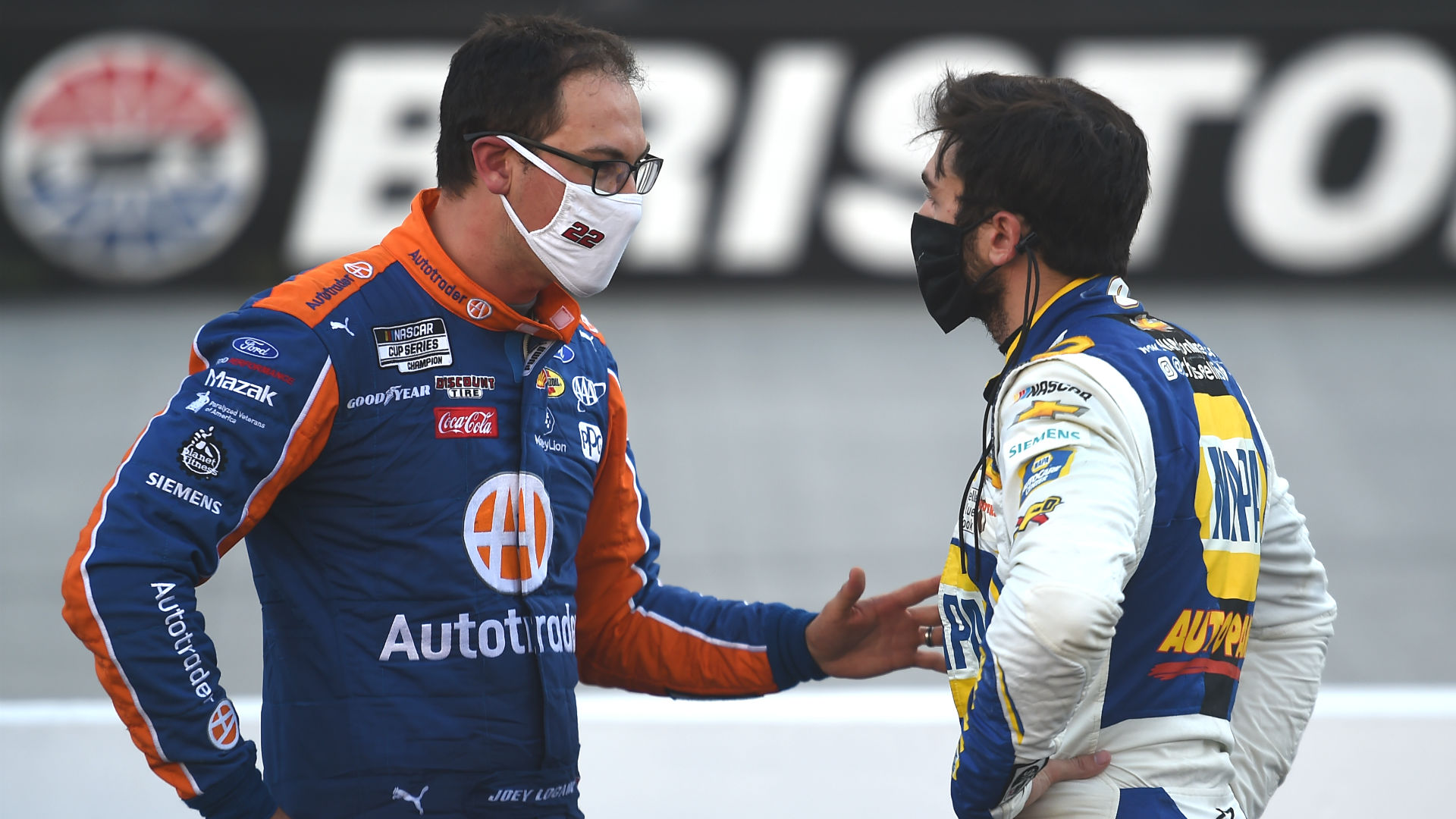 Naturally, the winner of Sunday’s NASCAR Cup Series race at Homestead-Miami Speedway was asked whether his victory was aided by Joey Logano’s aggressive driving in the closing laps. But Denny Hamlin was not sure.

“Joey probably ran him pretty hard there,” Hamlin said after the race, referring to an encounter when he and Chase Elliott were racing for the win while passing a lapped Logano. Elliott, of course, accidentally wrecked Logano in the closing laps at Bristol a few weeks back, an incident that sparked a bit of a rivalry after Logano said he had to force an apology.

Added Hamlin regarding Logano’s apparent hold-up of Elliott at Homestead: “I don’t know. Maybe, maybe not. It’s all speculative. You kind of have to ask Joey.”

“Yeah, of course,” Logano told Sporting News frankly when asked Tuesday whether he changed the way he was driving once Elliott appeared in his mirror. “You race people the way they race you. You can’t do things without repercussions of some sort. You cost me a win, I cost you a win. Those types of things go like that.

“I would assume that everyone kind of understands how that stuff works. And you kind of move on from there.”

Move on. So does this mean some sort of closure between Logano and Elliott?

Hamlin, who had already caught and passed Elliott with 29 laps to go on Sunday, insisted Logano’s hard racing against Elliott did not cost Elliott the win. But Hamlin did allow that the impediment occurred while he and Elliott were still battling for the lead.

“The way I saw it, (Logano) was very generous to me,” Hamlin said Sunday. “That’s all I know. I appreciated that.”

For his part, Elliott when asked after the race about Logano’s aggression refused to answer directly: “I just need to get through lapped traffic better.”

Logano fell two laps down when Hamlin and Elliott passed him. The No. 22 Team Penske Ford had been off the pace at Homestead ever since an early incident on pit road compromised the car’s body. He finished 27th and now sits third behind Elliott in the Cup Series points standings.

Hamlin, whose 40th career NASCAR Cup Series win Sunday gave him three on the season to lead all drivers, is seventh in points.

Joey Logano spoke to Sporting News on behalf of Panini America, the world’s largest licensed sports and entertainment collectibles company. Logano will be the featured driver on Panini’s popular trading card Prizm, when Prizm Racing is released in September. By purchasing Panini NASCAR trading cars, fans can enter for a VIP experience that awards an opportunity to go behind the scenes with Logano at the 2021 Daytona 500.